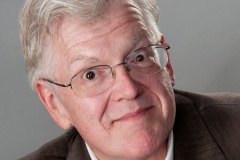 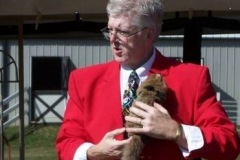 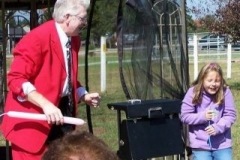 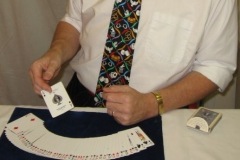 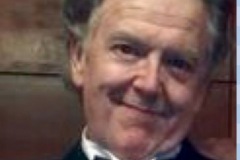 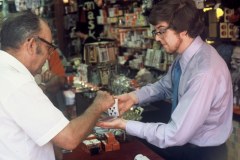 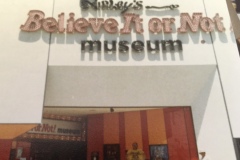 Larry Crystal (AKA Larry Bounds) performs magic shows filled with humor and surprises, and he has been doing so for decades. His years of experience allow him to tailor his performance to the specific needs of his clients to make their events successful.

Larry began learning the mystifying arts at the age of 10. By the time he was 19, he was an accomplished magic demonstrator for the Ripley’s Magic Shop in Gatlinburg, Tennessee. He continued to perfect his trickery through hundreds of performances in the Ripley’s Abracadabra Theater. For eight years he worked with Ripley’s, including seasons in their Myrtle Beach, South Carolina entertainment complex.

During part of his time with Ripley’s, he also completed his Bachelor of Arts in Theatre from The University of Tennessee where he participated in the early days of the school’s Professional Company learning first-hand from Hollywood greats Anthony Quayle, June Havoc, Eva Le Gallienne, and Joshua Logan.

“fun for all ages”

Now firmly grounded in the skills of prestidigitation and stagecraft, Larry and his bride Carole Crystal moved to Atlanta, Georgia, to open their own magic shop near Lenox Square and then to join the established Magic Masters magic shops in the Omni International Center and the downtown Hilton Hotel lobby.

After years of performing magic, he learned from his great-aunts that his great-grandfather was also a magician from the East Tennessee countryside, with a reputation for floating tables and making uncanny predictions at the turn of the 20th century.

Repeat bookings are a sure sign of a quality performer, and Larry has an outstanding history of repeat bookings over the years from such varied sponsors as the General Electric Corporation to the Spartanburg Medical Center Pediatric Rehab. Event planners know they can trust Larry’s magic touch to tailor his shows making their events a success.

During his years as a magical performer, he has entertained in thousands of public festivals, private parties, corporate events, and charitable benefits. Larry’s magic shows are funny, surprising, and audience interactive.

So call or email today to add the
Magic of Larry Crystal to your next event!